Posted by Louise at The Reading Experiment September 30, 2021 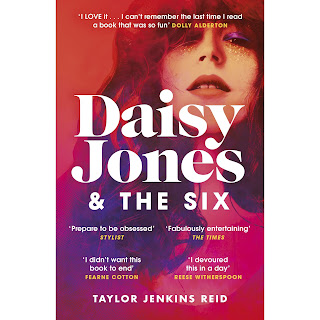 Your inner rock star will thank you for reading Daisy Jones and the Six.

This book will satisfy the part of you that likes to sing along with the music turned up and had me reaching for my Fleetwood Mac collection.

Author Taylor Jenkins Reid charts the rise of a fictional rock band in the 1970s including singer songwriters Daisy Jones and Billy Dunne. Daisy has the voice, style and beauty that young girls idolise and Billy is the celebrity crush they want to marry.

The band lives in a world of sex, drugs, more drugs, and rock n’ roll. But the lifestyle isn’t always what it’s cracked up to be and also comes with in-fighting, heartbreak and addiction.

Narrated in a fictional documentary style from the perspectives of band members, their families and those close to them in the music scene, the book also considers how people interpret the same situations in different ways.

Daisy Jones and the Six is currently being made into a limited TV series by Hello Sunshine for Amazon Studios and Amazon Prime Video.

Have you read Daisy Jones and the Six? What did you think?

Everybody knows Daisy Jones and the Six.

From the moment Daisy walked barefoot on to the stage at the Whisky, she and the band were a sensation. Their sound defined an era. Their albums were on every turntable. They sold out arenas from coast to coast.

This is the story of their incredible rise: the desire, the rivalry - and the music.

Nobody knew why. Until now... 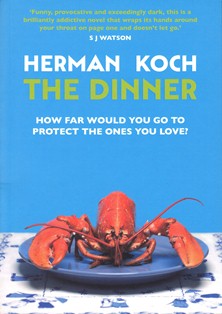 Posted by Louise at The Reading Experiment November 25, 2012

Review - The Dinner by Herman Koch